Russian forces generally maintain their offensive initiative from Kharkiv to  Bakchmut. Within this area, Ukrainians nevertheless try to counterattack, most notably around Izyum, but it is unclear to what extent they will be able to break Russian lines or hinder their operations in this area.

The worst situation is around Severodonetsk, where Ukrainians are cut off from any ground lines of communications. Some supplies are reportedly delivered by boats over the Siverskyi Donets River, but these are certainly not enough to keep Ukrainians going. At the same time, it is unlikely that the defenders will maintain their positions in the Azov plant as long as the Ukrainians did in Mariupol. Especially given that Russians are now also entrenched in the Azot industrial complex and make incremental gains therein.

According to the Ukrainian General Staff, Russians keep three battalion tactical groups from the 1st Guards Tank Army and airborne forces to cover the Russian-Ukrainian border in the Bryansk and Kursk regions. Undoubtedly, this force is insufficient to conduct any offensive operations against Ukrainian forces in the Sumy and Chernihiv Oblasts. Also to Bryansk, Russians deployed their S-300V4 air defence missile systems. This army-level (theatre) system provides coverage of army groupings against aircraft and cruise and ballistic missiles. It can engage targets at ranges of up to 350 km and altitudes of 40 km (24 miles). The system was presumably deployed to the area to provide coverage of south-western Russia against Ukraine-launched ballistic missiles.

Ukrainians have also conducted artillery strikes on the Russian village of Suzemka. According to local press reports, there was one victim (unspecified whether killed or wounded) and several damaged objects resulting from this attack.

According to President Zelensky’s advisor, Oleksiy Arestovych, Russians had deployed a combat grouping of an unspecified size south of Belgorod. This group could move into Ukraine this week and attack Kharkiv.

Locals have organised the so-called Resistance Movement against Russian occupation in the Kherson region. They draw patriotic graffiti and place postcards in many settlements of the region with patriotic messages and signs such as “Armed Forces are nearby” and “Kherson will be released”.

Blue and yellow ribbons are tied on many trees, poles and fences. Deputy Chairman of the Kherson Regional Council Yuriy Sobolevsky stated that such activities are a new form of protest against the Russian military. Clearly, these small sabotage activities are to enlighten Ukrainians living in the region and maintain their fighting spirits. It remains to be seen whether this movement will evolve into a more direct and kinetic resistance model that will target local collaborators and (pro)Russian activists and politicians.

There have been several changes in the Kharkiv Oblast over the past couple of days.

According to pro-Russian sources, Ukrainians are being pushed out toward Staryi Saltiv. The same sources claim that Ukrainian sabotage and reconnaissance groups crossed the Siverskyi Donetsk River and are now operating on its eastern bank. However, we cannot verify both pieces of information independently.

According to the head of the Kharkiv regional military administration, Oleg Sinegubov, Ukrainians liberated Dmitrovka, southeast of Izyum. It appears that Ukrainians may soon try to threaten recent Russian gains near Dovhenke and attack the Russian rear and right flank in this area.

Apart from the abovementioned capture of Dmitrovka, there appeared to have been no changes around Izyum.

The Ukrainian General Staff maintains that Bohorodychne is under its control and that Russian attacks are pushed back.

The situation around Severodonetsk has probably changed. Russians reportedly fully captured Metelkino. Ukrainians maintain parts of Syrotyne and Borivs’ke , but their positions are not sustainable and will likely soon succumb to Russian attacks

In the city itself, the situation probably got worse for the defenders. According to some pro-Russian channels, negotiations are ongoing about the status of the fighters, evacuation of the wounded and civilians, and a ceasefire. Yet, there is no information about the progress of these talks.

Some supplies are probably delivered by boats through the Siverskyi Donets River, but these are insufficient. Russians are also probably trying to cut off these lines of communications and surround the Azot plant where the defenders are located.

More concerning from the Ukrainian point of view is the situation developing on the Western bank of the Siverskyi Donets River southeast of Lysychansk. Russians reportedly took Toshkivka and are attacking Ustynivka, 7.5 and 6.5 km southeast of the city, respectively. They also tried to attack Myrna Dolyna and Bila Hora, according to the UGS. This means that Ustynivka may have been captured and that Russians are already on the outskirts of Lysychansk. Reportedly Russian air force is active over the two settlements, which have also seen multiple air-launched missile strikes on Ukrainian targets in the area.

We have long warned about the situation in this area suggesting that the Ukrainian defence of Severdonetsk was futile and did not bring any significant military benefits. Conversely, leaving Severdonetsk would allow defenders to improve defences on the Siverskyi Donets River and reinforce the Toshkivka-Ustynivka line, which had been the subject of Russian attacks for weeks. The current situation has been predictable, and Ukrainians will now be hardpressed to respond to Russian attacks on this line effectively.

According to pro-Russian sources, the attackers entered Zolote and probably Hirske.
The same sources claimed that Russians also entered Mykolaivka and Nyrkove. Ukrainians state that a Russian reconnaissance group “tried to operate in” Mykolaivka, but the attack was repulsed. The Bakchmut-Lysychanks road has not been probably physically cut despite Russian assertions to the contrary from last week. Nevertheless, Russians are confident that Ukrainians will give in the terrain around Berestove shortly.

We need to wait a few days to confirm the abovementioned Russian gains.

The main Russian goal is to reach Lysychansk as soon as possible from the east and south. Soon Russians may also decide on the long-awaited (at least by Kyiv) river-crossing operation around Siversk aiming at closing the encirclement of Lysychansk.

Russians also reportedly progressed towards Bakchmut.
No apparent changes occurred in other parts of the wider Donbas.

There weren’t any changes in this direction over the past few days. The frontline is stable as both sides focus on operations near Kherson and the Donbas. Although interestingly, both Ukrainians and Russians report on offensive preparations of the other side.

Ukrainians are slightly more precise in their assessments. They maintain that whereas equipment and personnel were sent towards Kherson last week, this week has seen the accumulation of troops in Zaporizhzhia.

According to pro-Russian sources, Ukrainians are not making any gains north of Kherson and, in fact, are mainly focused on building defensive potential. This clearly stands contrary to available evidence, which shows that Ukrainians have been slowly approaching the city.

That said, whereas the general trend sees Ukrainians making progress, over the past couple of days, they probably lost control of Pravdyne.

According to the Russian MoD, as part of a “counter-battery fight” in the Donetsk direction, Ukraine lost 11 BM-21 platoons and 12 other artillery platoons, including two M777s howitzers.

Russian air defence shot down a MiG-29 and nine UAVs.

On 18JUN, Russia launched sea-based Kalibr missiles at a command post in Shyroka Dacha, reportedly killing 50 high-ranking Ukrainian officers. Another volley of Kalibrs destroyed 10 M777 howitzers and 20 armoured combat vehicles in Mykolaiv. In the Donbas, air-launched high-precision hit a military train carrying the 1st battalion of the 14th Separate Mechanised Brigade. More than 100 servicemen were killed, and 30 tanks and armoured combat vehicles were destroyed due to this strike, according to the Russian MoD.

As a result of a “counter-battery fight in the Donetsk direction”, Russians destroyed seven  BM-21 platoons.

Operational-tactical and army aviation destroyed four warehouses with rocket and artillery weapons and artillery ammunition in the areas of the settlements of Maksimilyanovka, Avdeevka, Zelenoye Pole and Georgievka of the Donetsk People’s Republic, as well as the launcher of the Buk-M1 anti-aircraft missile system in the Seversk Luhansk People’s Republic Republic.

Russian air defence shot down a Su-25 and eight UAVs.

On 19JUN, there were no significant activities of Belarusian military leaders.

Specifically, the Minister of Defence, Lieutenant General Viktor Khrenin congratulated military medics on the day of their professional holiday. At the same time, Colonel Alexander Malyukh, the Head of the Military-Medical Department of the Belarusian Ministry of Defence, gave an interview to the VoenTV where he provided basic information about the current state of the Medical Corps of the Belarusian Armed Forces.

Unofficial sources reported only one noteworthy transfer of Belarusian military equipment but provided information was limited. A radar station was observed on the R31 highway, but the direction of movement and specified equipment type are unknown.

On 19JUN, no ground transfers of the Russian military equipment were noted. However, unofficial sources informed about the arrival and departure of a Russian IL-76 to Machulischy. In addition, some rumours are circulating about the possible presence of Russian IL-76 aircraft in Gomel.

On 18JUN, the Belarusian delegation with Major General Oleg Mischenko, Chief of Communications Department and the Belarusian General Staff, took part in a graduation ceremony of officers in the Military Academy of Communications in Sankt Petersburg. This year’s graduation included sixteen Belarusian officers (twelve lieutenants and four operational-tactical command level officers), who have mastered the training program and passed the final certification.

The ceremony confirms a deeper integration between the Belarusian and Russian Armed Forces, not only due to the officers’ exchange. A joint command system requires unified procedures related to military communications, and the mutual training of the higher (operational-tactical) command level officers will undoubtedly be beneficial for maintaining such in the future.

According to the official sources, there were no Belarusian Armed Forces training activities on 18JUN. Nevertheless, unofficial sources reported at least two sizeable transfers of Belarusian military equipment. In the morning, at least 30 vehicles (mainly trucks) were moving to Pruzhany. A few hours later, two military equipment columns were moving on the R31 highway towards Kalinkavichi.

On Saturday, one noteworthy transfer of the Russian military equipment was spotted. It included a logistic convoy with missiles for the S-300 air defence system moving towards Mazyr. 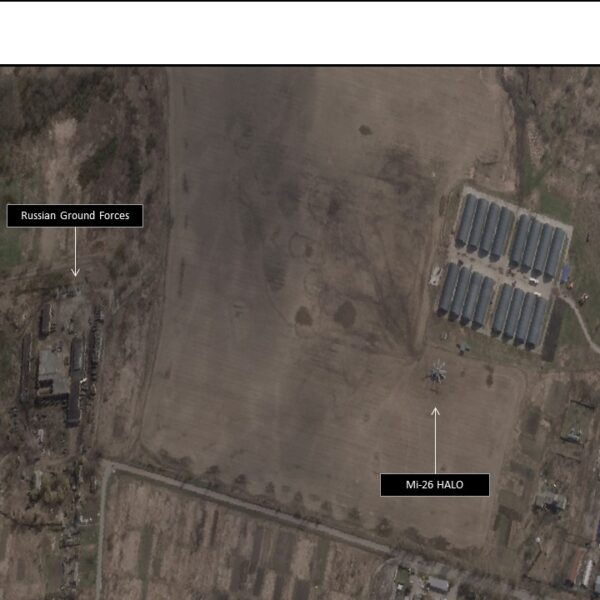 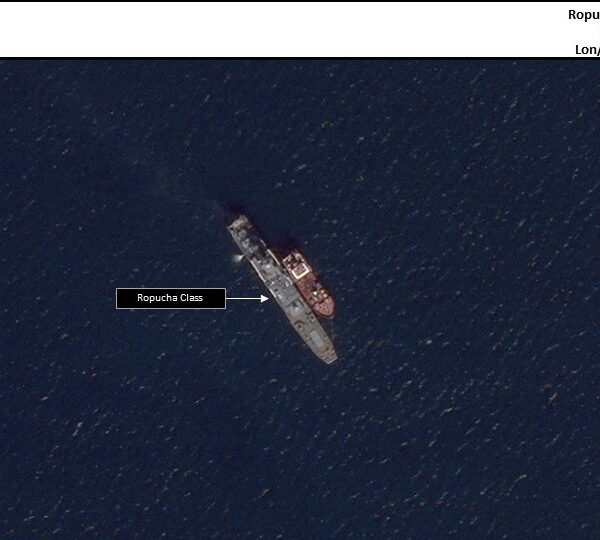 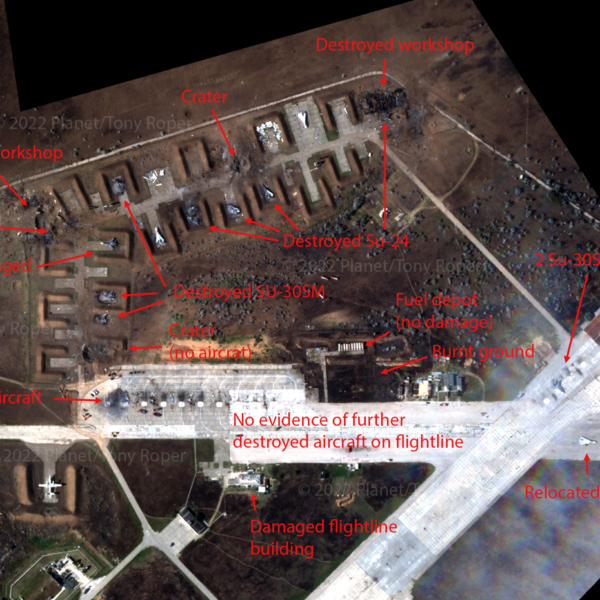