On Friday, neither side was confirmed to make territorial gains. The situation appeared stable, although the pace of Russian artillery strikes continues to be heightened. In yesterday’s issue of Monitor, we noted that according to the Ukrainian advisor to the President, Oleksiy Arestovych, Russians may have entered what he called “a strategic pause”. However, for the past few days, we have seen more evidence indicating that Russians are shifting forces from Izyum/Donbas to the country’s south, Kherson Oblast. Some reports also suggest that Russians are augmenting their presence in Zaporozhihia.  If confirmed, this build-up could either be a response to the Ukrainian counteroffensive threat, or Russians will seek to reactivate their operations in southern Ukraine. This would make the Donbas a secondary front as we assess that Russians are probably unable to conduct two offensives simultaneously.

There were no significant changes in the Kharkiv frontline. The situation appears stabilised as neither side can push the opponents away. Artillery strikes also occur on both sides. Russians struck at least 20 cities/villages across the entire oblast. Tsyrkuny alone was attacked six times.

Near Staryi Saltiv, Ukrainians claim to have shot down two Mi-8s.

According to Oleg Sinegubov, the Governor of Kharkiv Oblast, Russians have not abandoned the idea of capturing the whole oblast. However, according to a Ukrainian defence analyst,  Konstantin Mashovets, this is unlikely. He believes that whereas Russia does have the potential to launch an offensive in this direction (“one strike group”), they are unlikely to achieve operational success. We concur with this assessment. With the movement of forces into Kherson, Russian forces presently do not have the number to launch a successful attack on Kharkiv. Looking at troop movements and operations, the current Russian priorities are as follows: To maintain presence west of Dnieper, continue assaults on Bakhmut/Soledar/Siversk, and maintain presence in Kharkiv and Zaporozhihia. The last two objectives are the easiest to achieve.

The Ukrainian General Staff reported that its soldiers destroyed a Russian reconnaissance group near Shchurivka.

Going slightly beyond the Kharkiv Oblast, Ukrainians attacked the village of Sachkovichi in Bryansk Oblast. According to local press reports, Russians did not sustain any casualties. The air defence system over Belgorod was activated, but it is unclear whether there were any actual attacks on the city.

There were no apparent frontline changes in the direction on Friday. Ukrainian forces reportedly repelled every assault, and, at the same time, Russians did not inform about any territorial gains.

In Olenivka, an explosion occurred in a corrective labour colony №.120, which was used as a place of detention for Ukrainian prisoners of war. The explosions occurred on the territory of the industrial zone in a new building designated explicitly for holding prisoners withdrawn from the Azovstal plant in Mariupol. There is conflicting information as to what happened. Russians claim that Ukrainian HIMARS hit the site, but the remnants of the missiles they displayed had already been demonstrated by Russian TV a couple of weeks ago.

According to Ukrainian Military Intelligence (the Main Directorate of Intelligence of the Ministry of Defence of Ukraine), the colony was purposefully destroyed by Russians to hide evidence of torture and executions. The Security Service of Ukraine (SBU) claims to have intercepted telephone conversations in which the Russians confirmed they were responsible for the explosion in the colony. However, the SBU has a history of editing voice recordings. Nevertheless, unless a video shows the explosion’s moment, we will not know what happened.

Regarding ground attacks, pro-Russian sources claim that the attackers are near Vershyna. This statement indicated they did not enter the settlement as stated yesterday.
Ukrainians are preparing for a long-time defence of Bakhmut. They set up fortifications, fire positions, and road blockades. It seems that Russians will seek their chances in surrounding the city and attacking it from multiple directions at once. The current operations seem to confirm this will be the approach as they advance.

Between Slovyansk-Siversk-Bakhmut, Russians conducted 30 artillery strikes and around seven air strikes on Friday. Compared to previous days, the intensity of fire remained the same.

Ukrainian armed forces are holding back the enemy along Semehirja – Kodema – Zaytseve to the south and Bakhmutskie – Yakovlivka to the north.

There were no changes in this direction on Friday. According to Russian sources, Ukrainians launched a missile strike on a  granary in Kam’yanka-Dniprovs’ka, destroying more than 9,000 tones of wheat. We cannot independently verify this information.

The situation in the Kherson region is relatively stable. The Ukrainian counteroffensive progresses incrementally. But we expect the situation to change next week as this area will probably heat up considerably. Russians are in the process of moving/have moved elements of two airborne divisions to the Kherson Oblast. Altogether some 8-9 BTGs are assessed to be deployed into the area. This is a considerable force.

Pro-Russian Telegram sources expect the Ukrainian offensive to start between Vysokopillya and Khreshchenivka. Russians are actively scouting the area looking for any signs of Ukrainian military presence, its size, and indicators that Kyiv forces are preparing for a large-scale attack.

Ukrainian partisans continue to mark the places of the referendum with the Ukrainian letter “Ї”. The corresponding letter appeared on Karbysheva Street, 19, and Tarle, 12 (School 44) in Kherson.

(According to local press reports, the resistance movement in the area marks the buildings where the occupation authorities plan to hold the referendum with the yellow letter “Ї”. Kherson residents suggested taking this particular letter because it is only available in Ukrainian.) 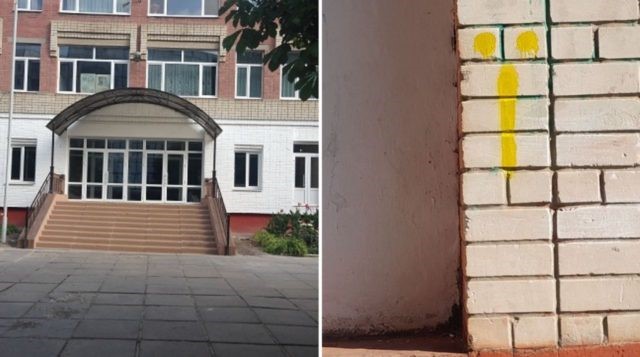 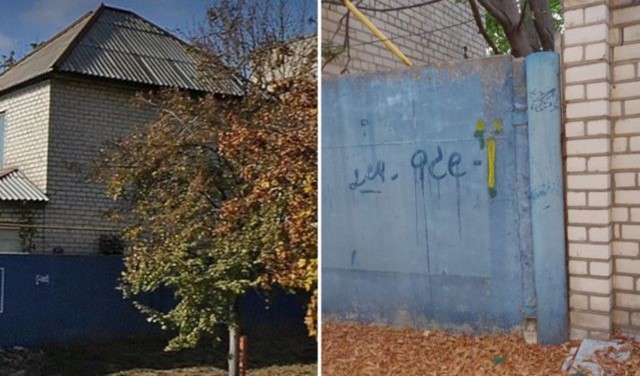 According to Vitaliy Kim, head of the Mykolayiv Regional Military Administration, the Russians also fired cluster shells at one of the districts of Mikolaev, killing five people.

In Kherson, the Russian military has stolen a passenger ship and is now using it to ferry people across the Dnieper under the Antonovsky Bridge. The boat is also used to move military personnel and equipment across.

According to the deputy of the Regional Council Sergey Khlan, Russians plan to hold a public forum called “We together with Russia”. The place, date, and time have not been made public, but Khlan expects the event will gather 500 delegates and participants. 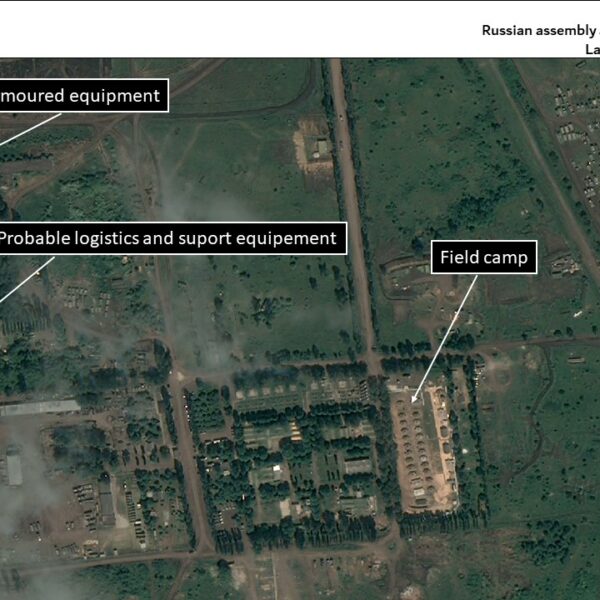 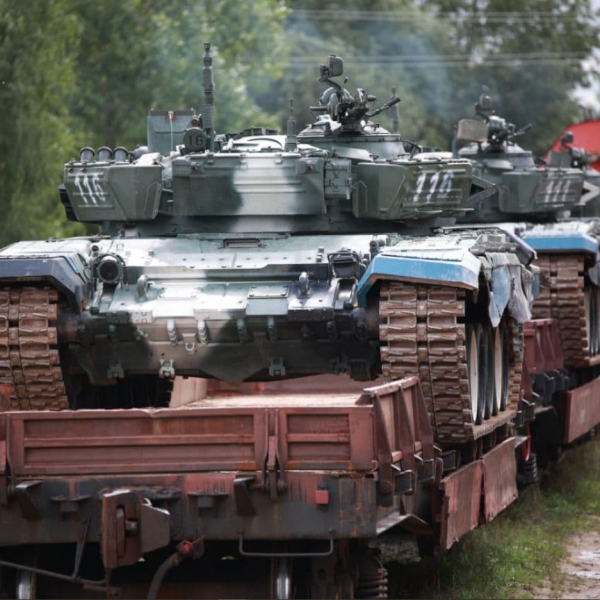 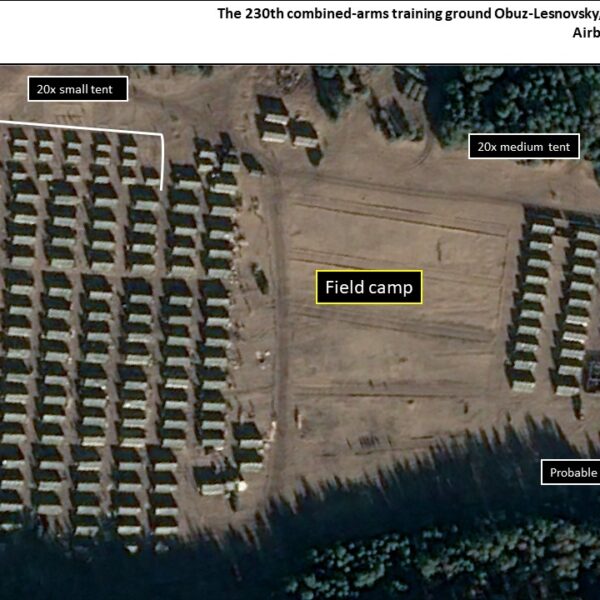 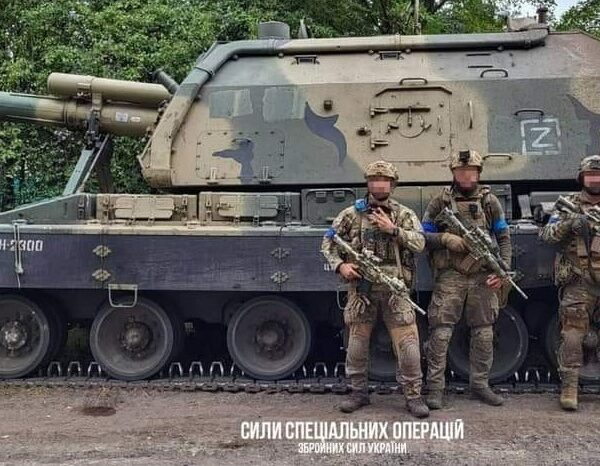