On 17MAY, the battlefield presented two different tales. On the one hand, Ukrainian government sources informed that its armed forces stopped Russian advances in almost all directions. On the other hand, pro-Russian sources claimed that Russian and proxy forces made considerable advances on multiple axes.

A couple of days will be needed for this fog to clear. Still, if Russian successes are confirmed, it could mean that the attacker could gain some forward momentum after breaking heavily fortified Ukrainian positions.

The situation around Donbas appears to be the most intense, but in other areas, around Kherson and Zaporizhzhia, the front seems more or less stabilised.

On Tuesday, Russian forces attacked a Ukrainian border guard post near Bilokopytove in Sumy Oblast. Artillery strikes on civilian and military targets in Sumy and Chernihiv Oblats will also continue as a form of harassment. In Kursk and Bryansk regions, Moscow maintains some military presence consisting of units from the Eastern Military District. However, opening a new axis from this area appears currently unlikely.

According to the Ukrainian General Staff, withdrawn elements of the Black Sea Fleet’s 810th Naval Infantry Brigade and the 22nd Army Corps’ 126th Coastal Defense Brigade are conducting training activities on one of the training ranges in Crimea to improve interoperability and coordination. This could mean that both units suffered significant losses and could create a joint battalion tactical group (s) when redeployed back to Ukraine.

It appears that Russian defensive positions north of Kharkiv did not change. Some Russian units are still present near the border, but their size and capabilities are unclear. However, the fact that they are still holding the ground could indicate that some reinforcements may have arrived.

Concurrently, Russian artillery units continue to conduct strikes on civilian and military targets in the Kharkiv Oblast. For instance, on Tuesday, Hur’iv Kozachok was shelled.

According to the Ukrainian General Staff, all Russian attacks on Tuesday failed.

Around Izyum*, Russian forces tried to push in the direction of Slovyansk north of Dovhenke but were unsuccessful.

Near Lyman, Russian units are fighting over Drobysheve. It should be noted that according to pro-Russian sources, the settlement is under Russian control, and so is Yarova.

However, on Tuesday, Ukrainian units probably fell back in some areas. For instance, the UGS recognised that Russian units were moving towards Vyskryva, notably expanding their presence south of Popasna. The UGS fails to recognise that since the fall of Popasna, Ukrainian defensive positions in this area became exposed. Over the last couple of days, Russian units reportedly expanded their presence south and north of the settlement. They allegedly got a foothold in Novozvanivka and probably reached Komyshuvakha. Vyskryva could soon fall too.

Pro-Russian sources also claim that the following settlements have fallen: Orikhove and  Toshkivka, Novoselivka Druha, Troits’ke, and Novoselivka, Toshkivka. A healthy dose of scepticism should be applied to these pro-Russian declarations.

Russian forces did not conduct any offensive operations near Zaporizhzhia on Tuesday. Instead, they focused on using mortars and artillery to harass Ukrainian defensive positions. The Ukrainian General Staff again highlighted that Russians had brought in engineering equipment to create “the second line of defence”. This process of improving defensive posture has been ongoing for a couple of weeks already. This, in turn, suggests that Moscow is solidifying its gains in this area. At least in the short term, it is not planning to conduct offensive operations in the direction of Zaporizhzhia.

If Kyiv decides to take these territories back, they would need to concentrate their forces to break these established defensive positions. With the current focus on the Izyum-Severodonetsk line, it seems unlikely that Ukraine presently has the capabilities to mount a large scale counteroffensive to take back territories south of Zaporizhzhia. Consequently, the frontline in this area is expected to remain largely static.

The fall of Azovstal will release some Russian forces, which will be used in combat operations in various areas. These units are unlikely to change to balance in Russia’s favour vastly.

As above, there were no changes in this direction. Russians conducted artillery and mortar strikes on Lymany, Trudolyubivka, Osokorivka.

* Although Izyum is located in the Kharkiv Oblast, Russian operations there are linked to the ones in the Donbas.

According to the Russian MoD, Russian forces conducted multiple artillery, air and missile strikes on 17MAY.

Air-launched missiles hit two command posts, two ammunition storage depots, and 28 concentration areas. On top of that, a traction power substation was destroyed near Merefa to hinder the movement of equipment and personnel to Kharkiv.

On 17MAY, the Grodno Garrison hosted a tactical gathering of officers of the Western Operational Command (battalion commanders and their deputies, battalion chief of staffs – presumably mainly lieutenant colonels and maybe a few colonels and majors). According to the Deputy Commander of the Western OC, Major General Aleksander Bas, the event was held specifically in one of the Western OC units. It was focused on studying the experience of the modern local military conflicts. The session correlated with training activities carried out in seven unspecified training areas. However, they were small in scope and only involved team/platoon/company-level formations.

According to the unofficial sources, air activity on Tuesday was significant. Many fighter and training aircraft took off from Baranovichi, Lida and Machulishchy.

Only four movements of the light vehicles and trucks were observed on the ground.

When it comes to the Russian military activity in Belarus, an Il-76 landed in Baranovichi. Some 60 Russian flatbed platforms were also observed at the Gomel-North train station.

We are planning to retire this section (the appendix) on 1 June. If you would like this to be retained, please get in touch with us at office@rochan-consulting.com

Listed below is military activity in Belarus on 17MAY. All data found below comes from Motolko. 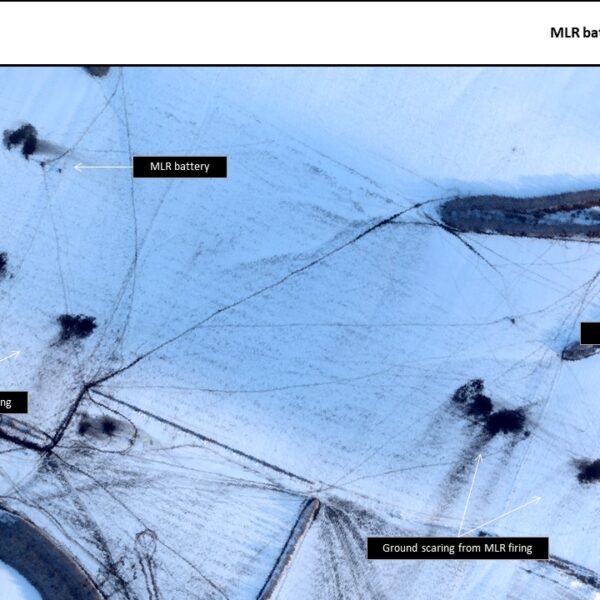 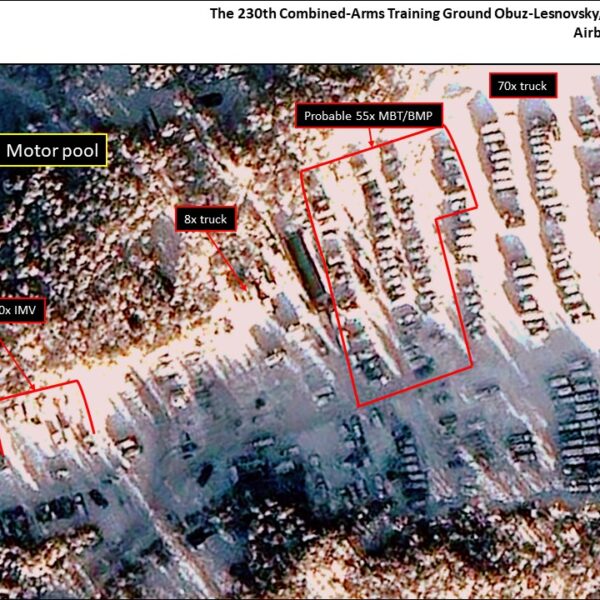