I will now do my best now to provide updates twice a day so apologies for any editing errors (spellings, grammar, and so on). Things are happening too fast.

Yesterday at night President Putin declared the start of a “special military operation” in Ukraine. In an address to the nation, he stated that his goal was to “demilitarize” but not occupy the country.

At 6 o’clock Moscow time the Russian Armed Forces started the military operation against Ukraine, which involves air, missile strikes and a ground campaign.

The former is focused on command posts, weapon storage facilities, air defence sites, bridges, ports, airbases. This isn’t surprising in terms of how precision weapons are utilised and it was expected that Russia would first seek to degrade Ukrainian ability to C2, to use its air defence, and to move its forces around. Targeting air defence sites ensures that the Ukrainian air defence threat is limited. This will allow for the steady introduction of combat and support air assets onto the battlefield.

However, we will see for how long Russia will continue to use their PGMs against Ukrainian Forces. I expected that the Russian inventory of PGMs isn’t large enough to maintain a high-operational tempo for more than two weeks.

The Ukrainian naval base in Ochakiv was targeted so was an air defence site near Mariupol. There was a report that an amphibious operation occurred near Odessa, but this is unlikely. Due to the complexity of such an operation, I think they will only be conducted when there is a high degree of probability that ground forces will link up with sea-borne assault forces.

In Kalynivka a weapon storage area was destroyed, although likely not in its entirety.

There are reports that the Ukrainians are not putting up a fight, but I’d be skeptical about these initial stories. We will only be able to confirm the veracity of this claim in a few days’ time.

The map below shows areas where the Russian forces entered Ukraine. 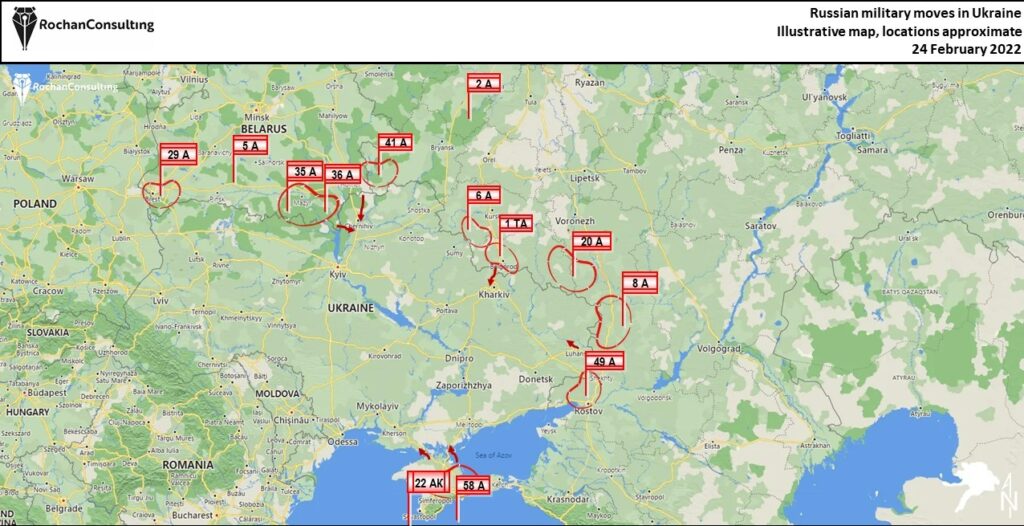 This is a multi-axis, combined-arms attack. My baseline scenario is that Russia will seek to seize everything east of the river Dnieper. Red arrows denote current operations. They do not show the depth of Russian advances, but instead the general direction.

The second update will be published tonight. 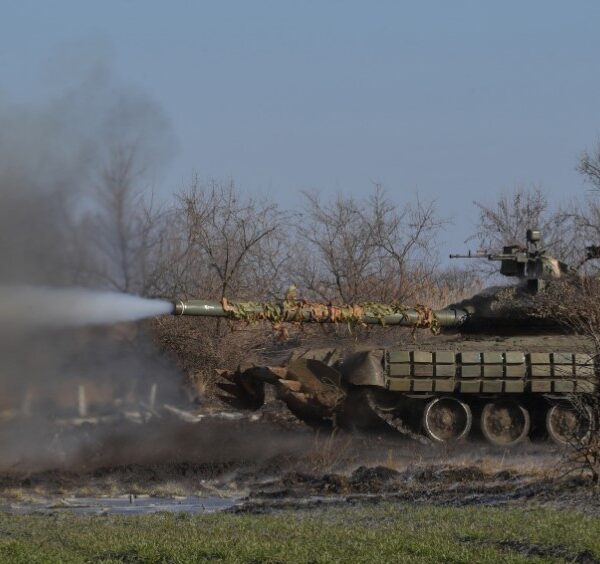 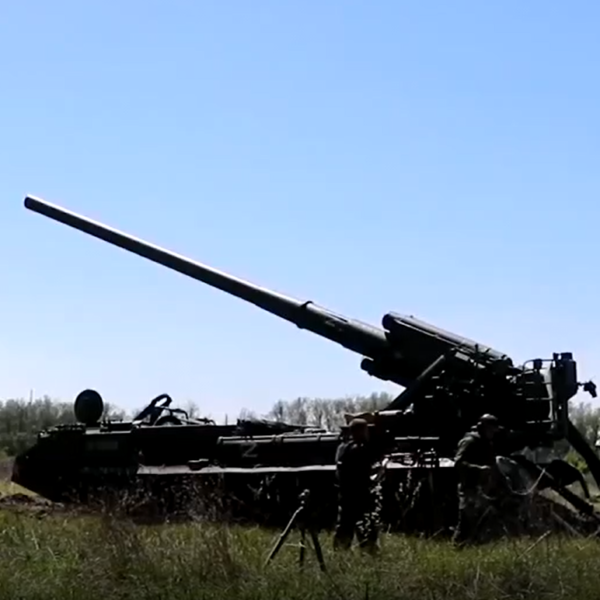 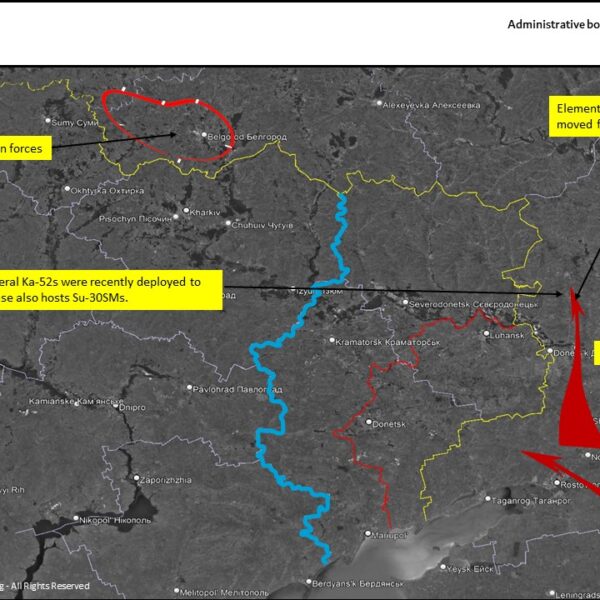 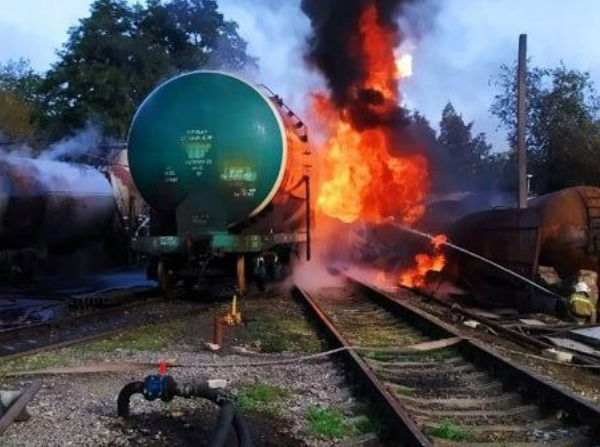