Although the Slavic Brotherhood ended on Friday, I thought it would be useful to prepare a day by day summary of what happened and what was practised.

The Slavic Brotherhood exercise, which has been held annually since 2015, is conducted within the Federation Russia, Serbia and Republic of Belarus triangle.

This year’s manoeuvres took place in the latter. Serbian troops did not attend, officially due to the coronavirus pandemic. Unofficially, due to pressure from the European Union.

According to initial plans, the Slavic Brotherhood was to take place between September 10-15, but finally, it was postponed to September 14-19. During the visit of Russian Minister of Defence, Sergey Shoigu, in Minsk on September 16, President Lukashenko asked for the extension of the exercises until September 25, due to (the tense internal situation in the country) external threats to the country.

In this context, it is noteworthy that Lukashenka was sworn in for the new term on September 23, while the Belarusian-Russian exercise was ongoing. It is possible that the extension of the manoeuvres until September 25 was supposed to put pressure on the Belarusian public and discourage them from making violent attempts to contest the election results.

At the same time, it should be remembered that historically the Slavic Brotherhood manoeuvres lasted about 10-14 days, so it is unlikely that the plans presented to the public about the six-day exercises were the real or the final ones. Additionally, the scale and number of Belarusian units included in the second phase of the exercises (more on that below), which began after September 19, suggest that these activities were planned earlier.

Initially, this Russian presence included a battalion-level unit of the 76th Air Assault Division (Pskov), but as the drills developed, this component was additionally reinforced with two battalion tactical groups from the 98th Guards Airborne Division (Ivanovo) and the 106th Airborne Division (Tula). In this context, during the first phase of the exercise, the Russian presence may have been around 300 soldiers, but ultimately around 900-1,000 of them were on the territory of the Republic of Belarus when the drill ended.

At first, the exercises were conducted at four training grounds in Belarus. At the same time, during the Slavic Brotherhood, and more precisely in its second phase, the Belarusian Armed Forces conducted additional drills with air defence, missile and artillery, signal units. Some were detached from the Western Operational Command as well. Ultimately, the number of Russian and Belarusian soldiers taking part in the exercises was approximately increased from 800-900 at the start, to 7,500-8,500 when the Slavic Brotherhood ended.

The exercise was Belarus-led with General Major Vadim Denisenko, commander of the Special Forces of the Border Guard, being in charge.

Officially, units participating in the Slavic Brotherhood practised anti-terrorist operations, and the exercise itself, of course, was not targeted at any country.

– Preparation of units and equipment, planning, coordination of activities.

The information below also lists exercises, which officially were not a part of Slavic Brotherhood, but I think they are worth mentioning, because, in my mind, they all are likely to have been linked.

Many thanks to Obronny, who helped me confirm some locations where the Slavic Brotherhood took place.

The 76th Air Assault’s BTG arrived in Brest. The exercise was ceremonially opened.  The Russian units officially came under the command of the Multinational Tactical Group.

• Reservists reported to the 288th Car Reserve Base (Stare Dorohi, Minsk region). After training, they were sent to the training ground in Asipovichy. Exercise duration: 25 days. The call-up of reservists was not officially part of the Slavic Brotherhood manoeuvres.

• For three weeks, artillerymen from the 841st Artillery Group of the 11th Mechanized Brigade were practising at the 230th Combined Arms Training Range, 15 km West of Baranovichi. This wasn’t officially linked to Slavic Brotherhood either.

• Russian paras and the Belarussian 38th Air Assault Brigade checked the equipment with which the crossing of the Mukhavets River was to take place the following day. As part of the preparations, about 25 BMD-4Ms and BTR-MDMs combat vehicles and 10 Belarusian BTR-80 armoured personnel carriers were checked.

All happening near Brest.

At the Grodno training ground (25km North of Grodno, near the border with Lithuania), the 350th Artillery Group of the 6th Mechanised Brigade also practised artillery firing from six 2S1 Gvozdika and 2S3 Akacia.  sets of howitzers 2S1 Gwoździk, and then 2S3 Akatsiya. Officially, shooting was not part of the Slavic Brotherhood.

• As part of the first joint operation, Belarusian-Russian units operating as part of an MTG crossed the Mukhavets River.

• On the same day, the Russian reconnaissance unit (most likely from the 175th Reconnaissance Battalion, 76th Division) and an unidentified special unit of the Belarusian Special Forces rescued a hostage from a “terrorist band”. After the hostages were freed, a search began to find members of the “gang” in the area of ​​operations. They were all detained.

• On that day, a joint search-and-destroy exercise was carried out at the Brest training ground. In the course of operation, the area in which the terrorists found themselves was blocked. Some of them, however, successfully attempted to escape. They were found and then neutralised. The Belarusian-Russian company-level tactical union participated in the exercise. The tasks of evacuating the wounded were also practised.

About 250 Belarusian and Russian paras parachuted into the Brest Training Range. Seven Il-76 planes (one Belarusian, six Russian) were used for the airlift. Apart from manpower, one BMD-2 was also (successfully) dropped.  After landing, the area was secured and important enemy objects were seized.

• On Monday, the exercise was officially expanded to include elements of the Belarusian Armed Forces, additional 6,000 personnel. The scope changed from tactical to tactical-operational.

The exercise was divided into two phases:

– Second: Setting up C2 bodies that worked during the strategic defensive operation. Communication assets operated in a dense radio-electronic environment and under the influence of radio interference signals of varying intensity.

• Completion of the joint exercise of anti-aircraft units of the 147th and 740th Anti-Aircraft Regiments at the 174th Air Force and Air Defense Training Ground. Two battalions were deployed, each equipped with OSA-AKM sets. It is not fully confirmed, but the units previously exercised at the Grodno training ground.

• Now as a part of the Slavic Brotherhood, Electronic Warfare units began their training. The focus was on the search, localization and radio suppression of radio emission sources. In addition, new models of electronic warfare equipment, which entered service in military units this year, were tested in practice.

• Now as a part of the Slavic Brotherhood, a staff-command exercise with the participation of military command bodies, military units and logistics facilities kicked off.

During this exercise 1) a pipeline was laid down that provided fuel supply to a fuel storage site of an unspecified airbase, 2) the pipeline broke and had to be fixed + a fire broke out near it and had to be put down 3) a derailed train was put back on tracks and leakage of petroleum products was fixed 4) a ferry crossing was made 5) the runway of the airbase was cleared of mines

• Also within the Slavic Brotherhood, a command post exercise with military command and control bodies, military units and technical support organizations was launched.

During this exercise 1) the skills of officials at all levels in managing subordinate forces and technical support were improved, 2) the practical skills of reservists were restored.

• Commencement of the second (active) phase of the “Slavic Brotherhood”, which was aimed at

– demonstrating the ability and readiness to repel aggression against the Union State and to ensure the territorial integrity of the Republic of Belarus;

– increasing the level of co-operation and field training of the military command and control bodies, of Russia and Belarus;

This phase was included:

• Two Tu-160s (from 184th Heavy Bomber Regiment) made a flight at the north-west, west and south borders of the Republic of Belarus.

• On the day Lukashenka was sworn in, a 76th Division’s BTG was parachuted into the Brest Training Range using 20 Il-76s. In total, about 260 soldiers and 40 pieces of equipment were dropped. After the landing, together with the Belarusian subunits, operations were carried out to eliminate terrorists in the territory of the Union State.

• At the Grodno Training Ground, defensive exercises were carried out by the mechanized battalion of the 6th Mechanized Brigade, reinforced with a tank, artillery and anti-aircraft units.

• On that day, flight operations were carried out using Russian strategic bombers. At the Ruzhany training ground, six Russian Tu-22M3 (from the 52nd Heavy Bomber Regiment), assisted by Belarusian Su-30, Yak-130 and Su-25, made strikes on ground targets.

• A BTG from the 106th Airborne Division reached the Grodno Training Ground, where joint tactical exercises with the 6th Mechanized Brigade were held.

In the first part of the exercise, Belarusian-Russian components practised a defensive operation against a “conventional” enemy with air and artillery support. During the manoeuvres, the Russian airborne subunit, which was in reserve, was sent to battle. This ultimately tipped the tide.

• The end of the exercise. The Union State was defended.

The components of the Russian Armed Forces returned to their home units by rail and air. 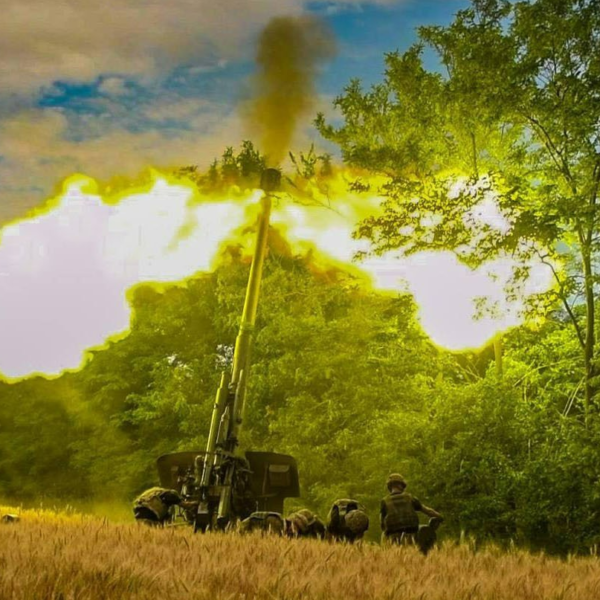 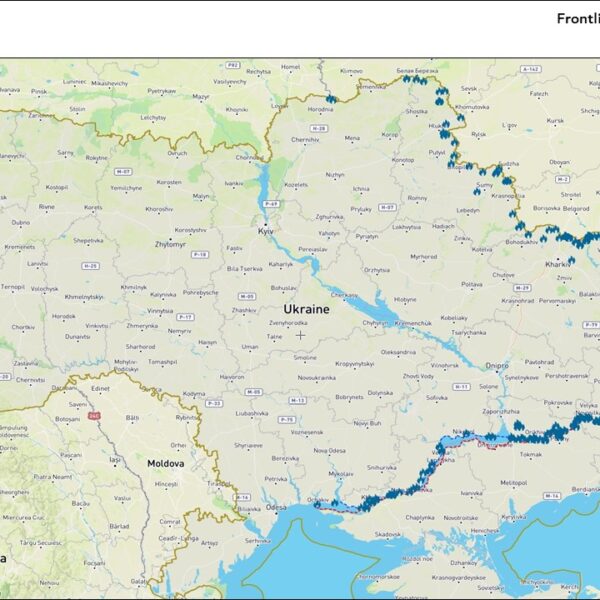 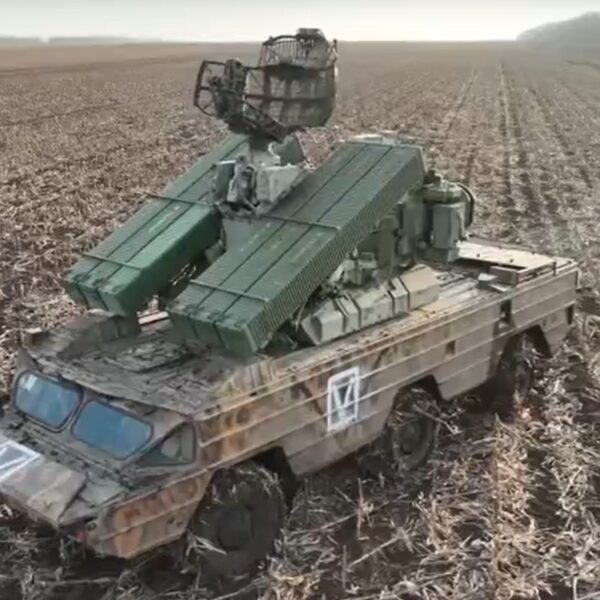